It looks like we are looking more blue around here. We added some more colour to brighten everyone’s day. Hope you like the way it looks!

We also upgraded WordPress, which is what we use for making all this goodness you read every day. If you find any bugs with the site please let us know by sending an email to contact (at) ThingsAreGood.com

The first ever World Map of Happiness has been created. This map measures the happiness levels of people from different countries all over the globe. Developed at the UK’s University of Leicester the Happy Map is based on responses from 80,000 people worldwide who rated such things as their health levels, prosperity and education. Denmark ranks highest while Zimbabwe ranks amongst the least happy. Click on the map to take a closer look. 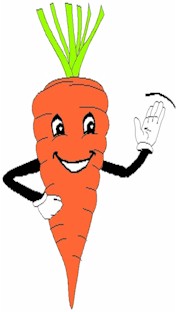 Recent studies show that people with type 2 diabetes can experience dramatic improvements in their health if they switch to a low fat, vegan diet. Research in Canada and the U.S has been done on two separate groups of patients with diabetes, with about half on the vegan diet, and the other half on the traditional diabetes regimen.

In close to 6 months the results were quite astounding, showing those who ate vegan losing nearly twice as much weight as people on oral medications alone. Not only that, but the people eating vegan were able to ignore other suggested health precautions usually required for stable weight and blood sugar, such as a decrease in carbs and portion size. They could literally eat what they wanted when they wanted so long as it was meat and animal free. Subjects also found a significant reduction in both their cholesterol and blood sugar levels after adopting a vegan diet.

Vegans are typically slimmer than meat and dairy consumers and have much lower risk of developing type 2 diabetes, colon cancer, lung cancer and osteoporosis. Many health problems associated with saturated fats and other apparently ‘toxic’ foods can also be eliminated through switching to a more veggie friendly lifestyle. Perhaps this is why many fantastic athletes are vegan, such as 9 time Olympic Gold Medallist Carl Lewis, and and six time Iron Man Triathlon winner Dave Scott.

Wired is running an article on using floors to capture energy. Since walking causes vibrations energy is being produced and right now that energy is being wasted, Jim Gilbert wants to change that using some new technologies to capture that energy. The biggest hurdle, like with all renewable energies, is energy storage.

“Gilbert is working with hydraulic-powered heel-strike generators, which he believes could be installed in the floors of busy public places like subway stations. Those stations typically capture the footfall of 20,000 commuters an hour during peak usage — multiplied by 5 to 7 watts a person, that’s more than enough to power a building’s lights for the day.”

Speaking only English limits people, and it limits the reach of knowledge. So to make this site slightly more friendly to non-English speakers you can now easily grab a Google translation of the site: