Exxon (and other oil companies) knew all about the harm their products cause to the environment 40 years ago, yet they kept making profits despite threatening all life on Earth. This is some real-life cartoon villain stuff that sounds made up, but it’s real and it happened. In fact, it’s still happening. Without a doubt it’s bad that oil companies are profiting off of the death of the planet. The good news is that people are exposing the evil behaviour of these massive corporations then using this information to fight the corporations. Remember protesting works.

Unearthed reporters posed as recruitment consultants looking to hire a Washington DC lobbyist for a major client and approached McCoy and Easley for meetings over Zoom. During the meetings, the undercover reporter asked about Exxonâ€™s current and historical lobbying on environmental issues.

It is important to note that neither McCoy nor Easley were necessarily seeking a new job, but each was willing to talk and provide information to the purported recruiters.

Over the coming days, Unearthed, will also reveal:

California Congressman, Rep. Ro Khanna, told Unearthed: â€œFor decades, fossil fuel companies have lied to the public, to regulators, and to Congress about the true danger posed by their products. Todayâ€™s tape only proves our knowledge that the industryâ€™s disinformation campaign is alive and well. In the coming months, I plan to ask the CEOs of Exxon, Chevron, and other fossil fuel companies to come testify before my Environment subcommittee. We can no longer allow Exxon, or any other companies, to prevent our collective action on the climate crisis.â€

Customers of banks are getting sick of their money being spent on destroying the world so they’re doing something about it. The Dirty Dozen banks are a group of banks that Greenpeace argues are the worst when it comes to investing. Barclays is one of those banks thanks to their investments in the shameful Canadian tar sands. Greenpeace started their awareness campaign and now people are taking the next step by losing their accounts with Barclays. It’s a great direct action to send an important message.

Of those who signed the petition, 6,000 told the environmental group that they were ready to close their accounts if Barclays did not heed their warning, while some said they had already done so.

â€œMoving your bank account is quite a big undertaking so we were genuinely surprised when people started doing it without us even suggesting it,â€ said Greenpeace oil campaigner Hannah Martin.

â€œPeople are prepared to put themselves through a bit of bureaucratic hassle to try to persuade their bank to do the right thing.â€

Palm oil gets used in plenty of consumer goods and processed foods, as a result the demand for palm oil increases every year. The problem with using palm oil is that most sources of the plant are from unsustainable farming practices. Indeed, the cultivation of palm oil greatly contributes to deforestation. Obviously this isn’t good.

When a UK grocery store wanted to advertise their line of palm-oil free products the government said no. Instead of just letting the ad sit on the shelf they posted it on YouTube for us all to see. The ad itself is based off of work done by Greenpeace and they have gathered over 670 thousand signatures to show the ad on TV. The Streisand effect strikes again.

Read more about palm oil and the campaign here. 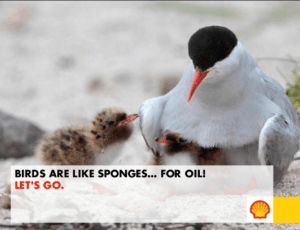 The tiny nation of Nauru (which has one of my favourite flags) has changed its laws thanks to the work of Greenpeace. The environmental organization found that fishing trawlers were catching fish at sea then offloading them to essentially a larger factory boat. This practice has been banned in many places because of the severe damage it causes to the fish populations.

The NFMRA, which credited Greenpeaceâ€™s exposure of an â€œillegal operationâ€ for prompting the Nauru government ban, said it regularly observed â€œlongliners in the high seas acting suspiciously and intruding on our bordersâ€.

â€œThese seas act like a safe haven for pirate boats, and transhipment allows them to stay at sea even longer, and launder fish out of the area,â€ it said.

Nauru has become the third Pacific nation to issue a blanket ban on transhipments in its exclusive economic zone, after Marshall Islands and Tuvalu.