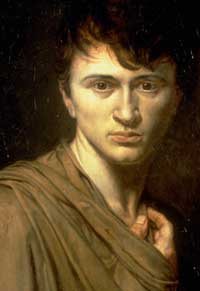 The British National Gallery has opened a new exhibition called ‘Rebels and Martyrs’ and it is taking a deeper look inside the mind of the tortured artist throughout history. From Van Gogh to Kurt Cobain, artists from every genre have struggled to carve out a creative niche for themselves while engaging in regular social behaviour. Many ended their careers by ending their lives. The pieces in the show explore the psychcology behind the artist mind and look into the history of the bohemian.

The shows co-curator Alexander Sturgis commented that “it is the fierce individuality of the artists that is the wellspring of art” and that the cause of struggle is also economic, being that the growing middle class replaced state and church as the main buyers of art “artists became much less secure. The poor, struggling artist was an economic reality.”

Other subjects touched on are the increase in science and more rational theories of enlightenment which led artists to seek out something more internal, intuitive and spiritual. By exploring the mind of the ‘rebel artist’ the show sheds light on a somewhat dismal subject and gives appreciation to those who have suffered in order to share a part of themselves through their creativity.