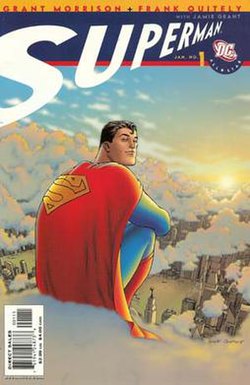 Grant Morrison is one of the best comic writers and he has a refreshing take to how rebels ought to act: be optimistic. That’s right the greatest rebellion one can lead right now is one of optimism. Ten years ago he wrote All-Star Superman to show his approach and more recently people have been writing about the impact his Superman run had on comics.

A few years ago Morrison gave an interview which is still relevant today:

“In a world, Iâ€™m reliably told, thatâ€™s going to the dogs, the real mischief, the real punk rock rebellion, is a snarling, â€˜fuck youâ€™ positivity and optimism. Violent optimism in the face of all evidence to the contrary is the Alpha form of outrage these days. It really freaks people out.”

Read more.
Thanks to MeFi!