Today is the 60th anniversary of the Enola Gay gayly dropping an atomic bomb on Hiroshima. It seems to me that on many front pages of newspapers today this anniversary is mentioned. I think that looking at this (arguably useless) bomb-dropping is a good thing for people to confront.

We all know that war will result in death of both soldiers and civilians. Some people justify the “collateral damage” as acceptable because winning the war is more important than some lost lives on the side. 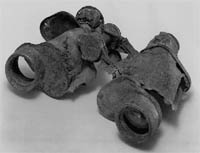 By looking at the dropping of the atomic bomb we are forced to question if that stance is appropriate or even morally correct. In this regard it is a good thing that we look at the past in order to question what is happening today.

Iran is fighting for its right to make nuclear weapons, the current diplomatic channels have failed. It must be acknowledged that the people of Iran want the bomb. So what better time than now to remind people of the incredible damage that can be unleashed by such powerful weapons. On the other hand, talks with North Korea about their nuclear weapons program are continuing.

People who witnessed the first atomic bomb drop are hoping that no one else has to experience such devastation. Today, all over the world, people are demanding a safer human civilization, including Londoners.

War is never a good thing. Hopefully by looking at the mistakes of the past we can look at the mistakes we’ve made (or making) now and realize the connection. We all know that an eye for an eye makes us both blind; the picture of the binoculars can be found at a photo gallery on Hiroshima.